TRIBUTE TO A “GIANT” BOTH ON AND OFF THE FIELD! 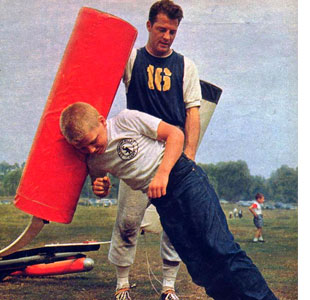 Giants co-owner John Mara described Frank Gifford as “the most important player in the history of our franchise.”

Among the countless Americans mourning the loss of Pro Football Hall of Famer and veteran broadcaster, Frank Gifford, are hundreds of people, who as youngsters in the 1960’s, had the opportunity to be taught football and team work by Frank himself who volunteered to do that at various Salvation Army sites in Greater New York.

Kathie Lee Gifford, his wife of nearly 30 years, best described Frank as a giving person and referred to his life as a“triumph.” 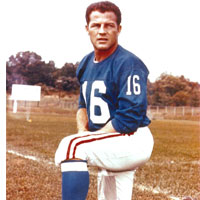 Salvation Army Divisional Commander, Lt. Colonel Guy D. Klemanski  said, “We have lost a very dear friend in Frank Gifford who, among his greatest attributes, prioritized helping those in need. Here at the Salvation Army we couldn’t say Frank’s name without adding Kathie Lee’s. Last year she leveraged her book, Good Gifts: One Year in the Heart of a Home  to generate significant donations for those assisted by The Salvation Army. She and Frank also were supporters of The Salvation Army’s Emergency Disaster Services work during Katrina and in Haiti.  And so, our condolences are extended to Kathie Lee and the entire Gifford family.  The Salvation Army salutes you, Frank, for a life well lived, both on and off the Field.”

May God continue to richly bless and comfort Kathie Lee and the entire Gifford family.